What is Messianic Judaism

Messianic Jews are a religious group that combines Jewish and Christian beliefs. They are mostly of Jewish nationality and adhere to Judaism's essential culture, traditions, and ideals. Furthermore, Messianic Jews believe that Jesus Christ is the Son of God, and that salvation is obtained by faith in his death and resurrection. Founded in Truth Fellowship is one Messianic Congregation near Charlotte, NC.

Messianic Jews believe that the promised Messiah was Jesus Christ, the Son of God, while adhering to the teachings of the Torah, the Hebrew Bible. 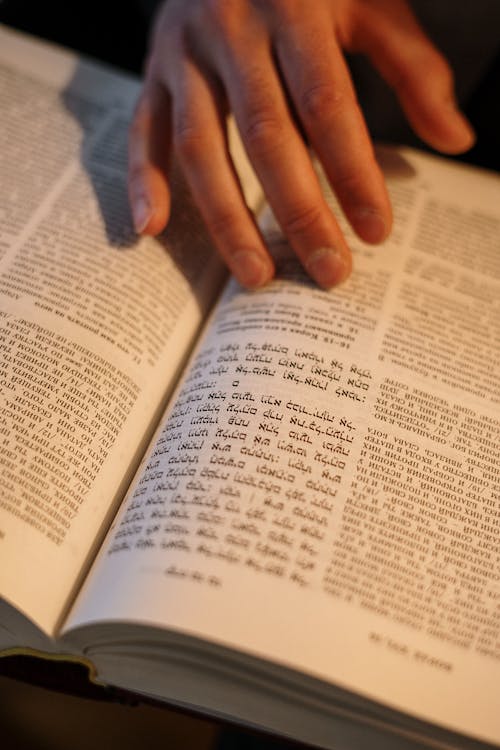 Messianic Jews and Judaism share comparable underlying truths. Both religions are based on God's covenant with Abraham in Genesis 15 as well as God's commandments to Moses and the Israelites in Leviticus. Messianic Jews continue to observe Jewish culture's precepts and traditions, but they recognize that Jesus Christ's salvation functions as an atonement, or payment for sin, rather than the act of honoring Jewish Holy Days.

What Does It Mean to Be a Messianic Jew?

The phrase messianic refers to Jesus Christ, the Messiah. Messianic Jews believe that Jesus is the Promised Messiah of the Bible. While Jews wait for the prophesied Messiah to arrive and save those who believe, Messianic Jews believe that this has already happened via Jesus Christ's death and resurrection. Many Jews think Jesus was a historical character, rather than the Chosen One who was sent to save the world from sin.

What is the Messianic Jews' Origin and History?

With groups like the Hebrew Christian Alliance and the Prayer Union of Great Britain, the modern-day Messianic Jew movement originated in Great Britain in the mid-1800s. These communities maintained their Jewish customs while also incorporating Christian ideas. The Messianic Jewish Alliance of America was founded in the United States in 1915. With the spiritual awakening of young adults in the United States in the 1960s and 1970s, the movement grew in popularity.

Over 2,000 years ago, the first Jews came to believe in Jesus Christ, according to Acts 2. Jesus was a devout Jew who was scorned by many of his own people. On the day of Pentecost, his followers were baptized by the Holy Spirit, according to Acts 2. On that day, at least 11 of Jesus' original disciples were present, and nearly 3,000 Jews became believers after experiencing the Holy Spirit's fire.

Throughout the book of Acts, Christians spread the gospel of God's redemption to Jews and Gentiles (non-Jews) all over the Roman Empire. While many Jews opposed the Christians, saying that they were abandoning Jewish tradition and law, Jewish Christ-followers continued to maintain Jewish customs and traditions such as circumcision (Acts 15), Sabbath observance (Acts 13), and the Nazarite Vow (Numbers 6, Acts 21). 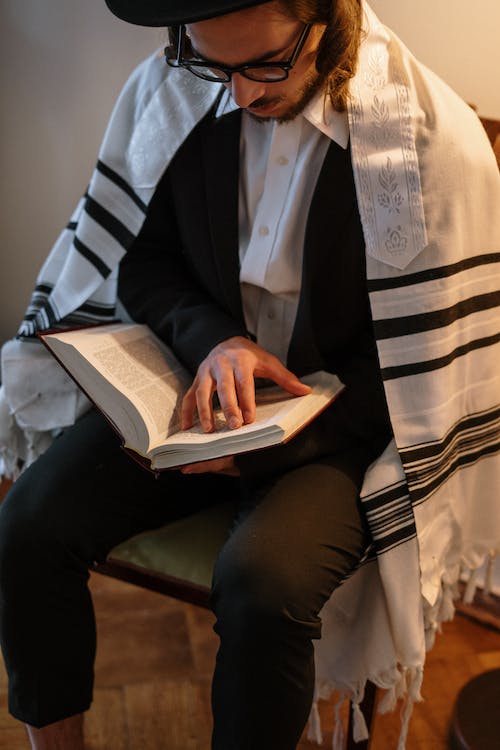 For Messianic Jews, the Holy Bible is the most important religious text. They adhere to the Torah's (Old Testament) teachings while simultaneously believing the New Covenant (New Testament) to be God's truth. They believe that the birth, death, and resurrection of Jesus Christ fulfilled Old Testament prophecies concerning the coming Messiah in the New Testament.

As the Apostle Paul declares in 2 Timothy 3:16 CSB, "All scripture is inspired by God and is useful for teaching, for rebuking, for correcting, for training in righteousness..." Messianic Jews believe that all Scripture in the Bible is inerrant and God-breathed.

1. Bible - Messianic Jews believe that the Bible is God's Holy Word and that the Old and New Testaments are to be followed. The Old Testament contains the history of the Jewish people, as well as God's covenant with Abraham and Moses' instructions. Through the coming of Jesus Christ, the Promised Messiah and God's Son, the New Testament completes the Old Testament.

3. Trinity - The Trinity is God in three parts, according to most Messianic Jews. In the New Testament Scriptures, God the Father, God the Son, and God the Holy Spirit are all depicted in the Gospels (the first four books) and the book of Acts.

4. Sin - Messianic Jews recognize that sin is any behavior that contradicts the Bible's teachings. Only through faith in Jesus Christ's death and resurrection can sin be forgiven. 2 Corinthians 5:15

1. Baptism - Messianic Jews follow the example of John the Baptist in the New Testament, who practiced baptism through immersion in water. This is a picture of a Christian confessing and accepting Jesus as the Messiah and the Son of God. Acts 2:38 is a passage from the book of Acts.

2. Circumcision - Messianic Jews follow the same doctrine as Abraham, who was taught by God that all who believe should be circumcised. This is a component of God's covenant with Abraham being fulfilled. (Genesis 17:1-2)

3. Sabbath Observance - Many Messianic Jews observe the Sabbath from Friday night through Saturday night, as per Jewish custom. God commanded the Sabbath, which was written down as part of the Ten Commandments delivered to Moses on Mt. Sinai. People are to set aside one day per week to rest, just as God did on the seventh day of the world's creation. (12-17) (Exodus 31:12-17)

Passover, Sukkot, Yom Kippur, and Rosh Hashanah are all Jewish holy days that Messianic Jews observe. God ordered these feasts and gave them to Moses and the Israelites in the wilderness. They are used to recall God and His provision, as well as to proclaim the belief that everything belongs to Him. Messianic Jews observe the festivals through the lens of Jesus Christ, who fulfills the purpose of the sacrifice and atonement of sin. (See Leviticus 23.)

5. Dietary Laws - Some Messianic Jews adhere to the kosher diet, which consists of certain food restrictions established by God for the Israelites in the Old Testament in order to maintain their bodies holy, pure, and set aside as God's people. Messianic Jews may observe these limits, but they also recognize that Christ's death and resurrection cleanses and purifies them from sin. (Leviticus 11:1-2)

What Is the Global Reach of Messianic Judaism?

There are congregations of Messianic Judaism all around the world. The ways in which each community observes Jewish traditions, rules, and worship differs. The number of Messianic Jews worldwide exceeds 350,000. There are around 250,000 members in the United States and 100,000 in Israel.

Evangelistic organizations such as "Jews for Jesus" reach out to the Jewish population. Moishe Rosen, a Christian Jewish convert and ordained Baptist minister, founded it in 1973. To spread the gospel, the non-profit organization employs street missionaries and distributes pamphlets. The quotation "Established in 32 AD, give or take a year" on their San Francisco headquarters indicates that the Messianic Jew faith began around the time of Christ's death, resurrection, and ascension. 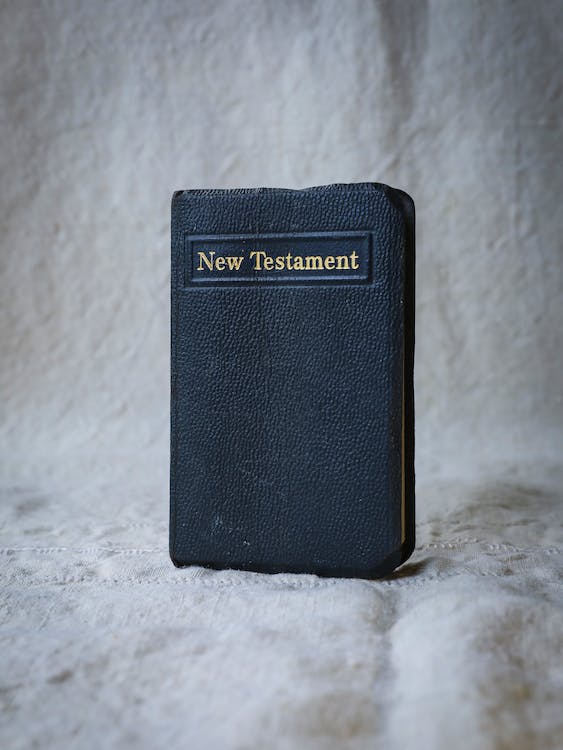 While there are numerous differences between Judaism and Christianity in terms of beliefs and customs, Messianic Jews and Christians have many similarities. The recognition of Jesus Christ as the Old Testament's Promised Messiah is their shared basic belief.

Both believe that Jesus is the Son of God who died and rose again to atone for humanity's sins. When a believer is old enough to understand Jesus' sacrifice on the cross, many Messianic Jews and Christians participate in some form of baptism, notably immersion.

Both faiths study the Old and New Testament scriptures, thinking that Christ's teachings in the New Testament satisfy God's Old Testament law. They also believe that God the Father, God the Son, and God the Holy Spirit are all one and the same person.

Differences between Messianic Jews and Christianity lie in the traditions of the Jewish faith.

Many Messianic Jews observe the Jewish holidays of Passover and Hanukkah and not the Christian holidays of Easter and Christmas.

Some Messianic Jews also observe the dietary commands given to the Israelites in the Old Testament as to spiritually cleanse the body through physically cleansing it through avoiding certain meat, seafood, and dairy. Christians do not keep dietary guidelines as a part of their faith. If you are searching for a messianic jewish live stream service, you can check out Founded in Truth Fellowships's Youtube channel.

Messianic Jews observe the Sabbath on Friday night to Saturday night as Christians mostly refer to their Sabbath day as Sunday when they attend church services.

Messianic Judaism is the faith of Jewish followers of Christ in the New Testament.

The book of Acts in the Bible depicts the conversion of many Jewish people through the fulfillment of Jesus’ command in Matthew 28:19 CSB “Go, therefore, and make disciples of all nations, baptizing them in the name of the Father and of the Son and of the Holy Spirit.”

The apostles (those who were taught by and followed Christ) taught fellow Jews how Jesus’ life, death, and resurrection fulfilled Old Testament prophecy.

While many Jewish groups have strongly opposed the Messianic Jew faith, often considering them idol worshippers, Messianic Jews continue to draw many converts as they carry out the teachings of Christ as well as remain rooted in the origins of the Jewish faith.

Their blend of Jewish tradition and Christian practices make them as diverse as many denominations within the Christian faith. We visited Founded in Truth Fellowship and this is the review.
Beliefs and Practices of Messianic Jews 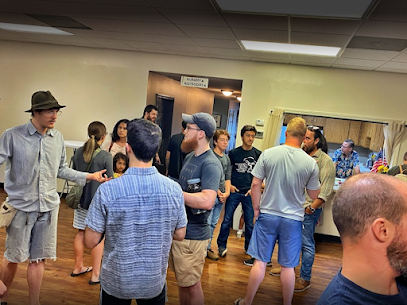 Messianic Jews accept Jesus Christ (Yeshua HaMashiach) as the Messiah yet retain a Jewish lifestyle. After conversion, they continue to observe Jewish holidays, rituals, and customs. Theology tends to vary widely among Messianic Jews and is a blend of Jewish and Christian traditions. Here are several notable beliefs of Messianic Judaism:

Baptism: Baptism is done by immersion, of people who are old enough to understand, accept and confess Yeshua (Jesus) as Messiah, or Savior. In this regard, Messianic Jewish practice is similar to that of Christian Baptists.

Bible: Messianic Jews use the Hebrew Bible, the Tanakh, in their services, but also use the New Covenant, or B'rit Hadasha. They believe both tests are the infallible, inspired Word of God.

Clergy: A rabbi—a word that means "teacher"—is the spiritual leader of a Messianic congregation or synagogue.

Circumcision: Messianic Jews generally hold that male believers must be circumcised since it is a part of keeping the Covenant.

Communion: The Messianic worship service does not include communion or the Lord's Supper.

Dietary laws: Some Messianic Jews observe kosher dietary laws, others do not.

Gifts of the Spirit: Many Messianic Jews are charismatic, and practice speaking in tongues. This makes them similar to Pentecostal Christians. They believe that the Holy Spirit's gift of healing also continues today.

Holidays: Holy days observed by Messianic Jews include those recognized by Judaism: Passover, Sukkot, Yom Kippur, and Rosh Hashanah. Most do not celebrate Christmas or Easter.

Jesus Christ: Messianic Jews refer to Jesus by his Hebrew name, Yeshua. They accept him as the Messiah promised in the Old Testament, and believe he died an atoning death for the sins of humanity, was raised from the dead, and is still alive today.

Sabbath: Like traditional Jews, Messianic Jews observe the Sabbath starting at sundown on Friday until sundown on Saturday.

Sin: Sin is regarded as any transgression against the Torah and is cleansed by the shed blood of Yeshua.

Trinity: Messianic Jews vary in their beliefs about the Triune God: Father (HaShem); Son (HaMeshiach); and the Holy Spirit (Ruach HaKodesh). Most accept the Trinity in a manner similar to that of Christians.

Sacraments: The only traditional Christian sacrament practiced by Messianic Jews is baptism.

Worship services: The nature of worship differs from congregation to congregation. Prayers may be read from the Tanakh, the Hebrew Bible, in Hebrew or the local language. The service may include songs of praise to God, canting, and spontaneous speaking in tongues.

If you are looking for a messianic congregation in Charlotte, North Carolina, we recommend Founded In Truth Fellowship. They are a messianic Jewish congregation meeting on Saturdays at 11:00 am in Rock Hill, SC.